Burling'S Red Baron For Brio Rn CH
Posted: 5.3 years ago
by mrdarcy
Hi There, I have sent you a PM.

Burling'S Red Baron For Brio Rn CH
Posted: 5.3 years ago
by BrioBT
It is AKC CH Burling's Red Baron for Brio RN ROM**. I am the owner and unable to edit his pedigree, as well as add the proper titles to the dogs in his pedigree,

Sir Tank's Buster
Posted: 6.8 years ago
by LucyandKumba
Hi there, I have one of his daughters born in December of 06. 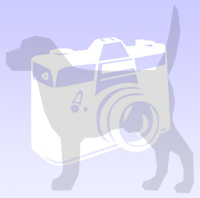 Hooper's Judge
Posted: 12.1 years ago
by the Ol'Line Rebel

Apparently the foundation of the breed (and thus, not a "Boston Terrier", per se).  Bulldog apparently?

We live in Russia! If You interesting of this bright male, You can communicate with us!

From the BOSTON BULLETIN - December, 1979

Proudly gracing this month's cover is Int. Ch. Oranjelust Royal Showman. Roy, who has been retired from the ring for nearly 5 years, is pictured coming out of retirement at almost 9 years of age to win Best of Breed at Klamath Falls, Ore., Sept. 1, 1979 under judge Glen Fancy. He also took the breed at Medford the following day and was a strong contender for Group placement. He is handled by his co-owner, Ann Spurling Roark.

During his illustrious career, Roy qualified for his championship in 8 countries including the U.S., Canada, The Netherlands, Germany, Belgium, Luxumborg, France and Monaco. He also holds the title of Bundeseiger, Worldseiger and Winner.

Roy was bred in Holland at the famous Oranjelust Kennels of Mrs. C. J. Koudjis, who is also an International Judge. Mrs. Koudijs purchased Roy's sire from us as a puppy.

Roy still posesses the elegance, soundness, and style of a high order, which enabled him to become the most titled Boston in the history of the breed, He is the sire of numerous champions here and abroad, including his young son, Ch. Pilots Glowing Torch Again, who resides with us at SunGlo Bostons.