It seems like there's more politics and division among the German Shepherd breed than any other other breed I know of. I haven't been able to find a whole lot of helpful information online that explain things without being biased or insulting to the other side (as frustrating as the AKC's side is, trust me, I know, but I'm still trying to understand it with an open mind). Here are a few of my questions I have on the topic that I haven't found answers to. See if you can answer them for me, and help others out there understand the different GSD clubs, too. I WANT TO HEAR FROM BOTH SIDES! I will be so happy if I get all my questions answered. :)

There's the GSDCA (with the GSDCA-WDA) and the USCA. From what I understand, the GSDCA breed standard is to have the infamous sloped back, or angulation, that so many of us disagree with. Is the differing opinion in breed conformation the only main reason for two separate, seemingly opposing clubs?

Do the differing rules and regulations of each group make it impossible for a dog to compete in both GSDCA and USCA events? Or are they similar enough that you can do both?

What's the difference between GSDCA and GSDCA-WDA? Is WDA more open to dogs like DDR lines that have no angulation in their back?

I can tell you they won't refuse membership or competition entry based on the shape of the dog you breed; it just has to be a purebred GSD and not a disqualifying color. Whether you will succeed in a given show ring is another question. I'll leave the rest for those with more club experience.

You seem to have some common misunderstandings about backs on GSDs. The American show line dogs have perfectly straight backs (in contrast to the German show lines' curved). Straight, not level. They slope to varying degrees based upon A. the amount of rear angulation, which is created by the lengths of various bones in the rear legs -

and B. a visual effect created by putting the dog in a "3-point stack" show pose - 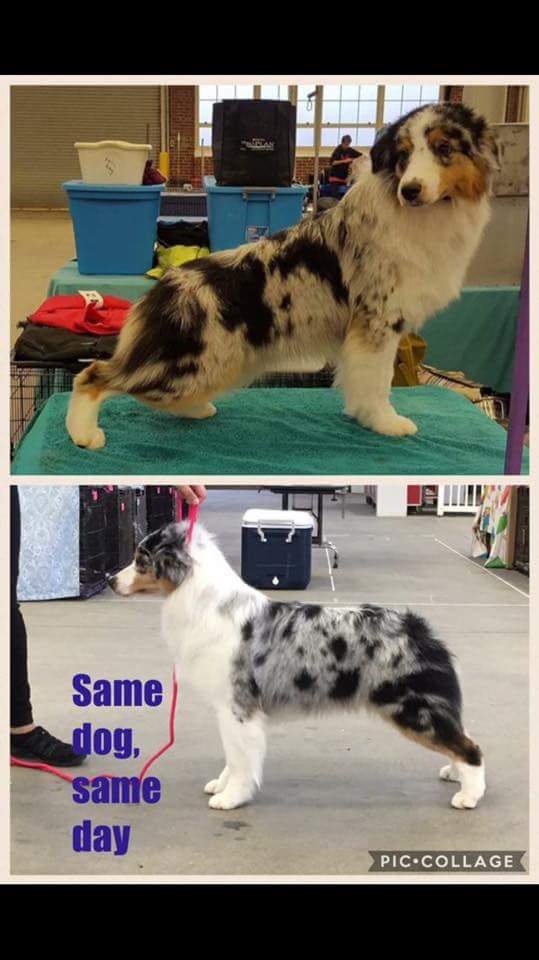 You can change the degree of slope by "deepening" the stack, pulling the far hock further forward. ASLs are often posed with one hock nearly flat on the ground. These are all the same dog (Marcato's 5 Cents for Advice): 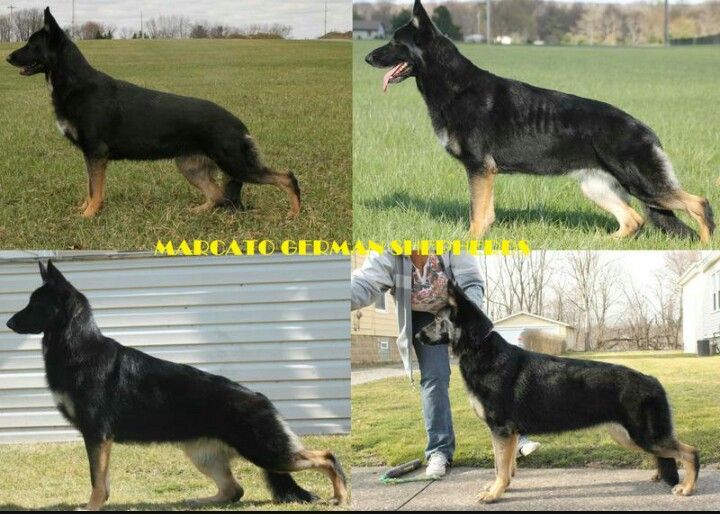 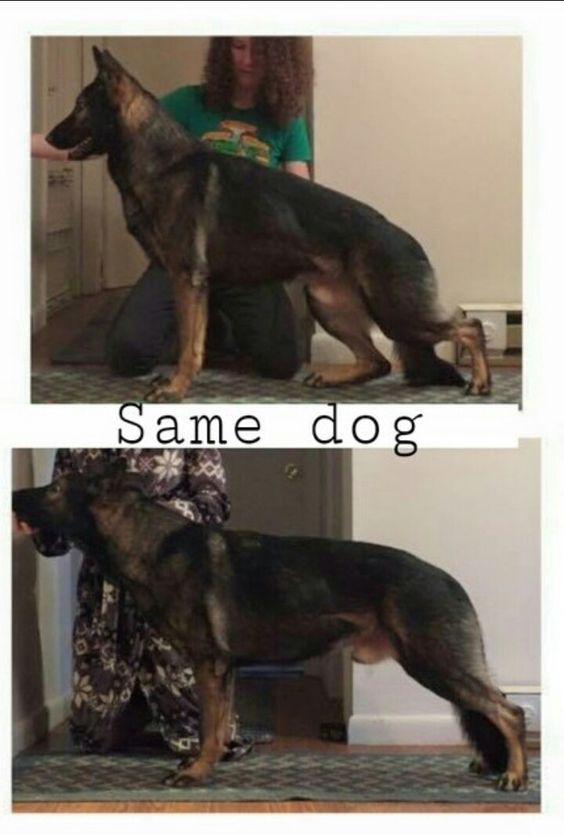 The majority of working line GSDs also have some slope to their back, which you can see in the above dog. They have more rear angulation than most breeds, but less than the show lines. Dobermans and a few other breeds are similar.

If you would like to learn more about GSD structure and why they are built the way they are/how they should be built, Louis Donald's writings cannot be beat:

Linda Shaw's Illustrated Standard for the German Shepherd Dog, a book available to buy online, is also invaluable, and the reading is a little less dense. Preview here: http://www.vtgsd.com/publicgsdfiles/The-Illustrated-Standard-for-the-German-Shepherd-Dog.pdf

Thank you, Bantam7, for this very informative explanation. My dog has just the same conformation as the last dog shown in the photos. That clarifies a lot for me on the conformation of GSDs. Thanks for the links, too!

@VonTrula - A lot of great questions i hope i might be able to answer a few...

A couple of things to keep in mind.

Didn't know this was happening... thanks for the thread.

Can a dog be registered on more than one registry? If so, do we have to hurry up and do it before this stuff happens?

Will this affect Canadian Kennel Club-registered GSD in the U.S.?

Not trying to derail, but now I'm worried/concerned/overwhelmed.

@Cutaway, just to complicate matters and because this thred seems to present the opportunity : any chance you could also give us non-Americans a run-down on how SV style shows / competitions are run, by each of the GSDCA(working section), and the USCA ? It would be interesting to compare them to what happens elsewhere in more detail than is usually available.

E.G. Are they both 'just like' a show in Germany ? Siegerschau, or OG or LG ? With conformation alongside IPG ? Do dogs have to comply before they can be entered in either, by : having been Surveyed (Koerung);  or medically tested ?; chipped or tattooed ? Is there a full 'conformation' element ? Age-related classes ? Progeny classes ? Kennel groups ? Any overlap with shows/ recognition of awards of AKC [ /comparison to  VDH (Germany's Kennel Club)] ? Has America ever adopted the "top (e.g. twelve) dogs are VA but not further placed numerically" business ? How about judges qualifications ? Verbal or written critiques ?

If somebody, bringing a German showdog, moved in tomorrow from abroad, the first point of call would presumably be to join USCA or GSDCA - or both ! - ... and then what does s/he do ?

I note that the UK has two WUSV Clubs also - but we are in no danger of actually joining the FCI ! So presumably we will be able to keep ours.

@Hundmutter - The SV Style shows here in the US are run the same way as in Germany... Same Classes, Same Ratings and VA's can only be achieved at National, Same exercises, Same ring size requirements (based on Dog Entry). Same paperwork requirements.... With that said, there are a couple of allowed deviations from the rules... UScA offers their own breed survey which requires either a: SchH 1 or an IPO 1; UScA does not recognize IGP1 for the breed survey. And AD's issued by any other judge other than an SV judge does apply towards the breed survey.

Thanks Cutaway, clear as mud now

. Yikes, seems it's harder to find IPO trials, I see most are IGP, wonder if they will change that rule.  Since you have to have an AD to get breed survey, I assume that the USA judges that have their SV rating? (don't know what you call it,) will suffice?  You really have to know your rules these days.  Thanks